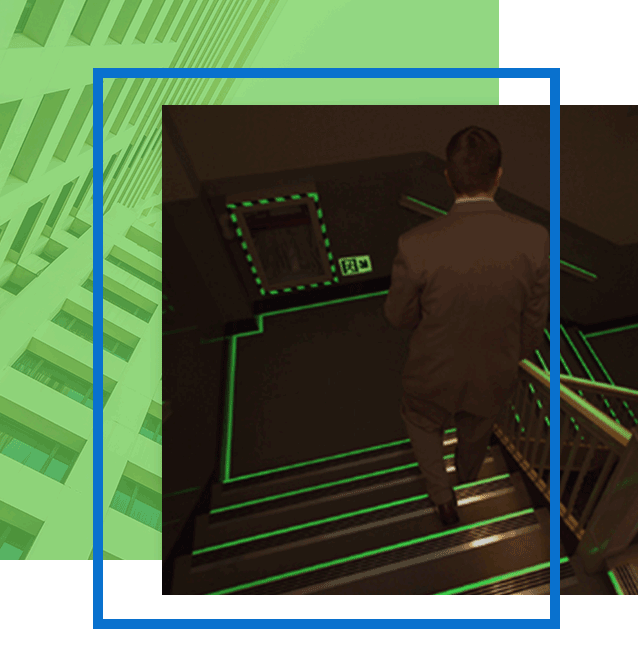 Whether there is a fire, power outage, or other emergency in your building, safe and efficient evacuation for building occupants is key. A photoluminescent egress system is powered only by the ambient light it absorbs, the markings then re-emit that light, glowing in the dark when the power fails, and the lights go out. It is important to understand that photoluminescent products must be exposed to ambient light of a minimum intensity and type for a set period to absorb enough energy to store for later.

The National Fire Protection Association’s Life Safety Code defines photoluminescence as “having the ability to store incident electromagnetic radiation typically from ambient light sources and release it in the form of visible light.”

In other words, photoluminescent material absorbs the energy provided by visible and near-visible light and then releases that energy at some later time, also in the form of light.

WHY PHOTOLUMINESCENCE IS IMPORTANT?

Keeping first responders and staff safe is a necessity in every building. Having photoluminescent marked pathways in case of an emergency can save lives. Photoluminescent marks the exit route or obstacles that may be in the path.

New requirements are in place for the installation of photoluminescent pathway marking for existing buildings making these materials a mission critical part of life safety solutions.

Using inherently reliable technology and simplicity of operation, the system also delivers excellent operational benefits. Technical maintenance is not required and there are no consumable or moving parts. 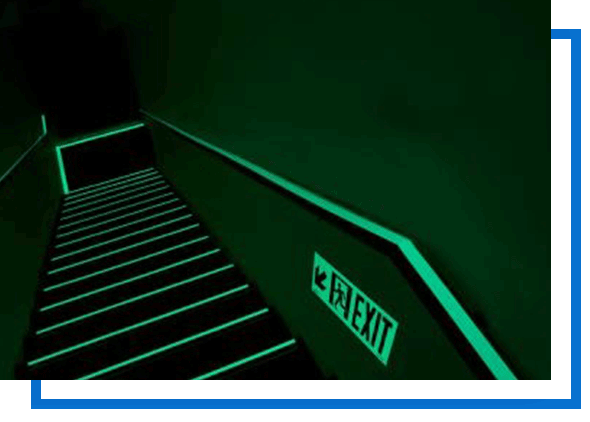 Photoluminescent egress systems are continuously being charged by ambient light that is already in use in your building such as fluorescent, incandescent, or halogen lamps—as well as natural sunlight.

Unlike battery powered emergency light systems, photoluminescent exit systems do not have to be tested monthly. Photoluminescent system are reliable and require fewer inspections, saving you time and money.

According to NFPA 101 Life Safety Code:
NFPA 101 7.10.9.2 – Exit signs connected to or provided with a battery operated emergency illumination source, shall be tested and maintained in accordance with 7.9.3 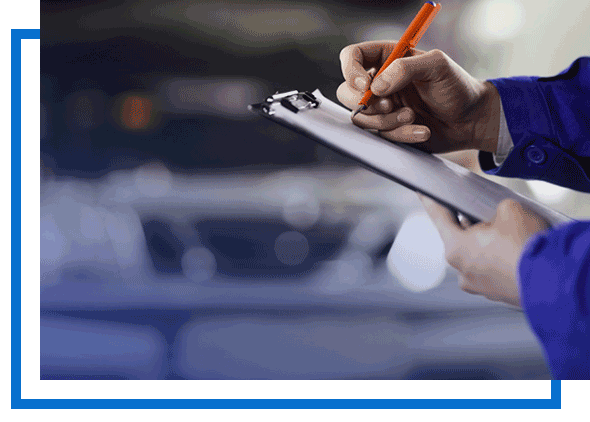 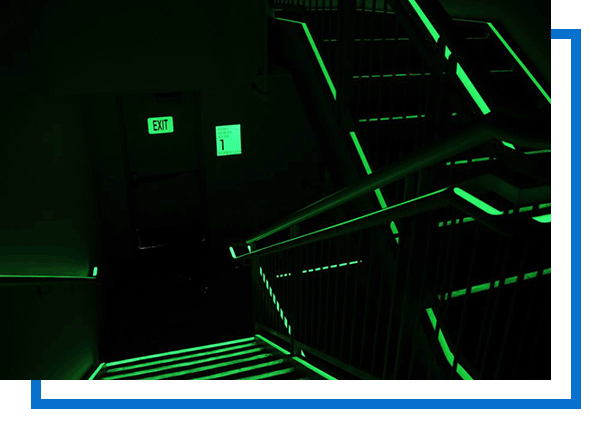 Life expectancy for a photoluminescent system is 25 years, when applied in compliance with the installation instructions. With the use of TELECO photoluminescent egress products you will eliminate the operational costs of electrical run signage; saving significant energy costs every year.

When it comes to photoluminescent egress systems, TELECO offers a variety of solutions to line the path of exit in your building. Installing these products will help point occupants not only toward exits but also guide them towards emergency fire tools such as fire extinguishers.

Some of these solutions include: 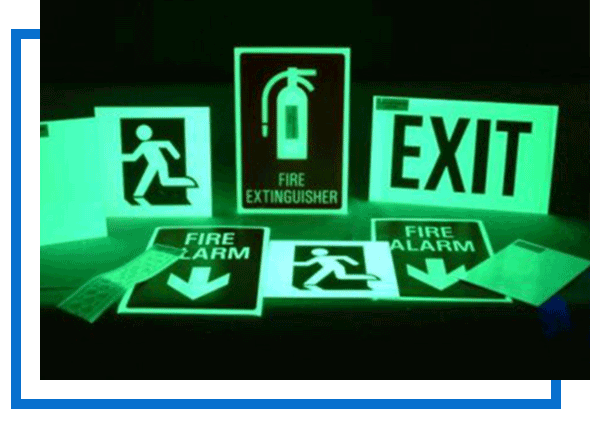 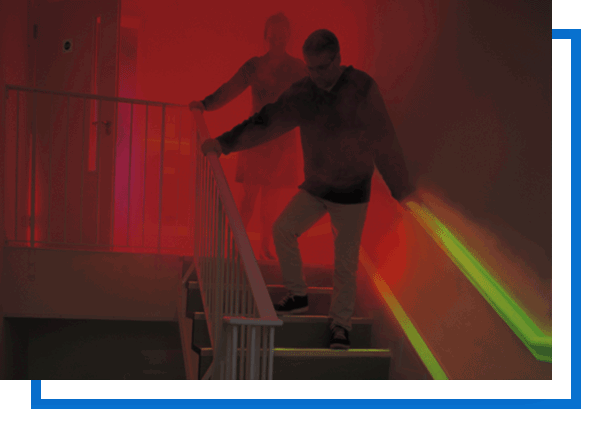 Photoluminescent egress systems ensure that when the power goes out, building occupants can exit your building safely and efficiently. Photoluminescent markings help occupants identify the safest route and avoid obstacles while egressing the facility during an emergency situation.

At TELECO, we believe our customers safety is a priority. We offer industry leading products which come in various forms of exit signage, special epoxies and paints and luminescent tape.

We are committed to develop and deliver quality and safe products backed by uncompromising customer service. TELECO Photoluminescence can be tailored to your needs; helping your business save money by lowering maintenance costs.

Our experienced installers can bring your current properties up to code, as well as ensure correct installation in new buildings. 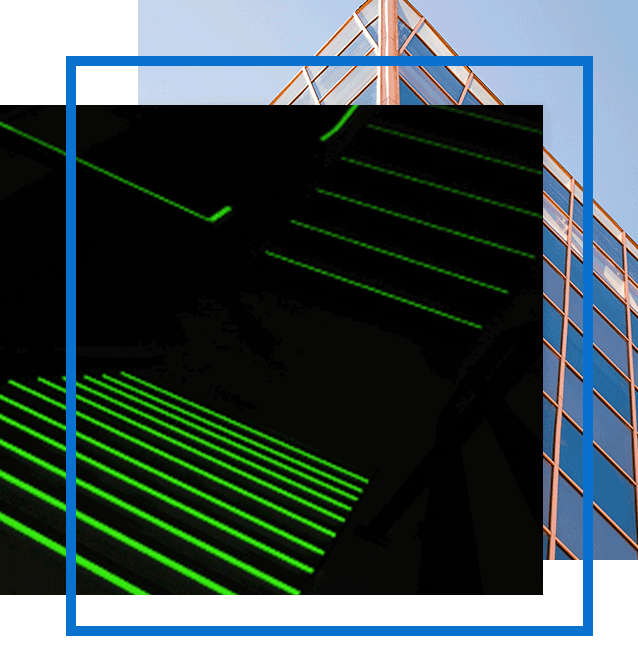 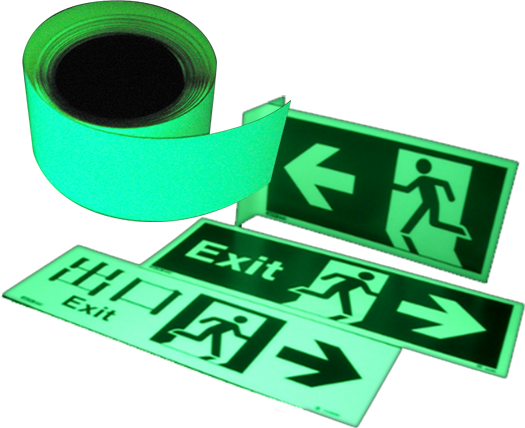 GET YOUR BUILDING PHOTOLUMINESCENT EGRESS PATH MARKERS AND EXIT SIGNS 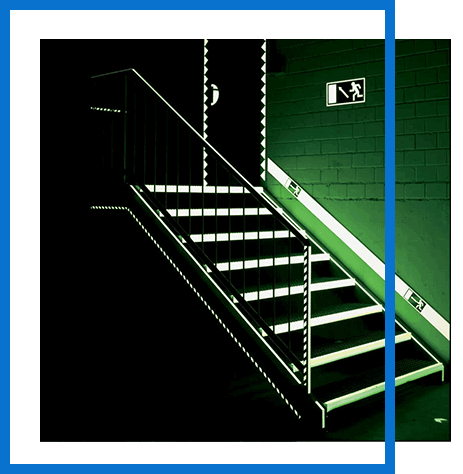 ENSURE RELIABLE COMMUNICATIONS DURING AN EMERGENCY WITH PUBLIC SAFETY DAS

This ensures that our first responders can maintain wireless communications within a building during: 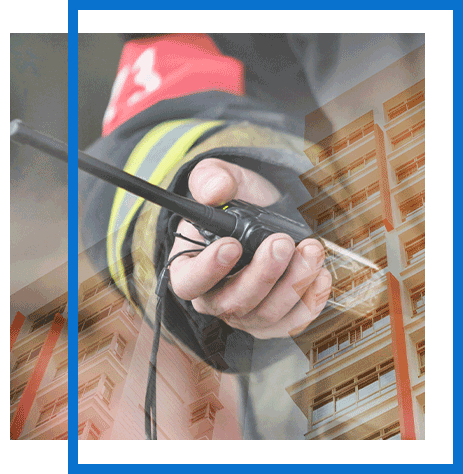